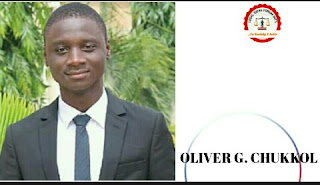 BEING A PRESENTATION BY O. G. CHUKKOL ON “RIGHTS OF CONSUMERS/SUBSCRIBERS OF TELECOMMUNICATIONS SERVICES IN NIGERIA” AT A WEBINAR ORGANIZED BY ATTORNEYS CHAMBERS, FACULTY OF LAW, ABU, ZARIA ON THE 23RD OF MARCH, 2020
Introduction

Despite being a late entrant into the GSM market, Nigeria has outpaced many countries across the globe in terms of market size and telephone penetration. According to Nigerian Communications Commission, there were 184,426,187 active subscribers on telecommunication networks as at December 2019, as against 174,012,136 recorded in January 2019 and 172,871,094 recorded in December, 2018.

“Indeed, that amount of general damages awarded against the Appellant would serve as a deterrent to it. I would have awarded more if I were the learned trial judge. It is an establishment which is expected to be on its toes at all times to render its services to the public based on trust and good services. Failure to fulfil this duty would attract disastrous consequences to its customers, as it did to the Respondent.”
“In these days of use of mobile phones as prime means of communication, disruption of lines and/or lack of use of them due to the negligence of another can cause untold hardship, and loss of trade and customers.”

“By giving those unknown persons and organisations access to the respondent’s MTN GSM phone number, to send text messages into it, the appellant violated the respondent’s fundamental right to privacy guaranteed by section 37 of the Constitution which includes the right to the privacy of a person’s telephone line.
“The said section 37 of the 1999 Constitution provides that, ‘The privacy of citizens, their homes, correspondence, telephone conversations and telegraphic conversations is hereby guaranteed and protected’.
“The innumerable text messages without his consent at all times is a violation of his fundamental right to the privacy of his telephone conversations, correspondence and his person and telephone line and telephone message inbox.”