About the forum ARTICLES Documentary
Advertisement 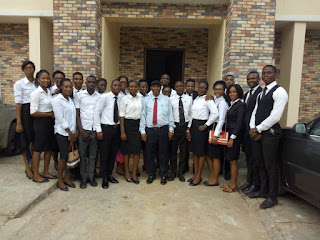 INTRODUCTION
The thought of Visiting the prestigious chambers of the distinguished senior Advocate Dr. Onyechi Ikpeazu was a step in the right direction. Our actual visitation on the 6th day of April 2018 confirmed this fact. After due notifications and correspondences were sent across to facilitate the Visit, we were invited to come with delegates from the 1st to 5th year classes who were members of the forum.
We were not only accepted but was treat with utmost respect and was privileged to be received by the Administrative Head of the Ikpeazu chambers, South East Division. Barr. BENJAMIN OSAKA. A sagacious scholar and a distinguished legal practitioner who gratefully led us into the very bedrock of legal excellence.
HISTORY OF THE IKPEAZU CHAMBERS
The Ikpeazu chambers was founded by the late Hon. Justice Chuba Ikpeazu (of blessed memory) in the year 1946. The 72 years old chamber ranks as one of the biggest and successful chambers across the country. The Ikpeazu chambers has in its long decades of existence produced refined legal giants ranging from Judges, Attorney Generals of which Chike Ofodile (SAN)  the former A.G of the federation is one of them. It has produced numerous senior Advocates, Over a hundred legal practitioners within the fields of maritime laws, electoral laws and other general practice.
The chamber embraces all who aspires towards scholarship and has treated with open mind everyone who wishes to tap from its enormous and time proven wealth and resources for research as a repetoire of knowledge and learning. It has one of the most updated chambers having relevant and latest Law reports from English, Austrialian, Indian, American, Nigerian courts. All Nigerian Law reports, practice book, rich depository of textbooks, Journals, magazines, Periodicals and a whole lot more legal documents for the reading pleasure of all who wishes to access the Library. 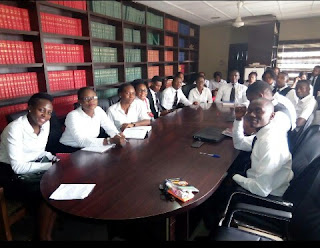 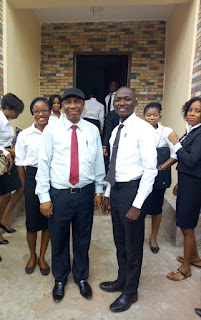 SIGNED:
OFFICE OF DIRECTOR FOR VISITATION
PUBLIC RELATIONS OFFICER
in conjuction with
OFFICE OF DIRECTOR MEDIA, COMMUNICATION AND PUBLICITY
FOR LIFIN.
approved for publication by PRESIDENT, LIFIN
Copyright Reserved
© 2018
For knowledge and Justice