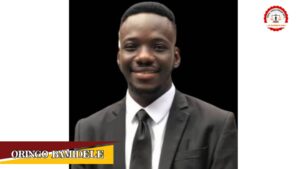 INTRODUCTION
The illegal influx of guns in Nigeria is quite alarming and needs urgent regulation. Statistically, at the National Consultation on Physical Security and Stockpile Management (PSSM) in Abuja, organized by the United Nations Regional Centre for Peace and Disarmament in Africa (UNREC) and the Presidential Committee on Small Arms and Light Weapons (PRESCOM) , it was revealed that Nigeria hosts 350 million or 70 per cent of the 500 million illegal arms in West Africa. UNREC’s director, Ms. Olatokunbo Ige, provided the statistics during the consultation in Abuja and said that these Small Arms and Light Weapons (SALW) are in the hands of non-state actors who use the weapons to threaten lives and property of their compatriots. Ostensibly, this has propelled an indiscriminate use of guns by hoodlums. Furthermore, it has occasioned destructive consequences causing loss of lives and properties as well as uncountable bodily harms. Recently, in October 2020, the EndSars protest incited a pandemonium in the country. There were viral clips of the Lekki toll gate massacre, gunshot wounds and unlawful killing of Nigerian citizens.

Unfortunately, most of the Nigerian hospital denied the gunshot victims access to treatment and good medical care. Nicholas Okpe an active protester and volunteer during the EndSARS demonstrations was shot at Lekki Toll Gate on October 20. He told Premium Time reporter (Ibekwe) that his case was so critical that three hospitals rejected him before Grandville accepted to treat him . It has been a trite practice by Nigerian hospitals to request for a police permit before administering any form of medication on a gunshot victim. This has created an upsurge of death rate of gunshot victims in the country. This article x-rays the extent to which our laws seek to protect victims of gunshot wounds. We shall make recourse to the Provisions and position of the compulsory treatment and care of gunshot victims Act in this discourse.

COMPULSORY TREATMENT AND CARE OF GUNSHOT VICTIMS ACT( HEREINAFTER REFERRED TO AS ACT)
Over the years, Nigeria has experienced the disheartening state wherein family members, relatives and friends loose their lives because of the stringent procedures of requesting a police permit from a gunshot victim. The rationale being that such requirement is intended to help avoid a scenario wherein a suspected armed robber, cultist, kidnapper or even a terrorist, after sustaining a gunshot wound during an engagement with the Police or other law enforcement officers, gets treated and probably continues in his criminal activities. It is noteworthy to mention here that things took a U-turn in 2017. Thus, in a bid to curb such an inhumane practice by medical professionals, the National Assembly enacted an Act(Compulsory treatment and care of gunshot victim), which tend to regulate and penalize any hospital from depriving any form of medication/care from a gunshot victim. Given the above enactment, we shall proceed to discuss the aforesaid Act.
Section 15 defined a victim as; “a person who sustains injuries as a result of gunshot powder, burn and other injuries arising out of or caused by the discharge of a firearm” . The Act proceeded to state for the immediate treatment of any gunshot victim with or without police permit. It is noteworthy that this obligations extends to both Public and private hospital alike. On security agents, they are to render assistance in any possible way to every gunshot victim, ensuring that the victim is taken to the nearest hospital for immediate treatment. In furtherance, the medical personnel shall administer treatment to the victim with or without initial monetary deposit. Section 2(b) reaffirmed the constitutional right of the victim; right to dignity of human person which should be upheld at each material save for rare occasions expressly stated in the grundnorm. Very fundamentally, in a bid to promote security consciousness amongst citizens and not to impede the work of security officers in curbing crimes, the Act mandates that any hospital that receives or accepts a gunshot victim, to report the fact to the nearest police station within two hours of commencement of treatment.

CONCLUSION
We have lost a lot of lives because of the stringent procedure of requesting a police permit before administering medication on a gunshot victim. However, this fostered the enactment of Compulsory Treatment and Care of Gunshots Victims Act by the legislature with the sole aim of curbing and penalizing any hospital that deprive a gunshot victim medical treatment and care.
I humbly recommend that further steps should be taken in strictly implementing this Act and in enlightening the citizens on their rights as provided in the Act.

ABOUT THE AUTHOR.
Oringo Bamidele Gabriel is a student of Faculty of Law, University of Calabar.
Bamidele is an astute law student who is very sedulous in his academic pursuit.

He is a legal researcher, writer and a seasoned scholar.
He serves currently as the Director of Research, Roots Associates, a student Chamber in the University of Calabar.
He is also an officer in The Ministry of Justice, Students’ Union Government, University of Calabar, Calabar.
Bamidele has interest in Entertainment Law, Environmental Law, Criminal Law, Intellectual Property, amongst other areas of law.
Oringo Bamidele Gabriel, can be reached via;
WhatsApp – +234 7064509087
Facebook – Statutory flavour
[email protected]