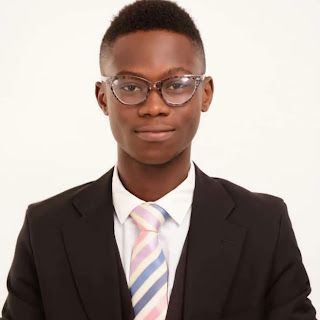 Periodic elections remains a fundamental pivot that democratic system evolves around. The electoral process remains a mainstay in every democratic dispensation; free and fair elections a catalytic moulder of Nigeria’s budding democracy.

However, with the 2019 elections at the corner a dark shadow reminder is cast like a spell retrospectively reminding everyone the dissonance, malicious and corrupt noises that has disturbed and threatened to hamper the growth of Nigeria’s democracy.

Little wonder, the masses (that is the electorates) are apathetic at the sympathetic state of Nigeria’s electoral system over the years. Indeed, caught between the anvil and the hammer our democratic dispensation begs for a revival from the Dark Shadows that has bedeviled Nigeria’s electoral process.

Firstly, political parties in Nigeria only take delight in fielding the highest bidders over competent candidates; this is seen in the exorbitant sums they spend during the period of campaigning and the vague manifestos they read out to the innocent electorate, making massive promises and fulfilling none. Ofcourse, upon climbing the position they vyed for their quest is turned towards reclaiming the massive amount they spent during campaign as opposed to pursuing societal development.

Secondly, vote buying has become an epidemic that has eaten and threatens to eat even deeper Nigeria’s budding democracy. Vote buying which is the act of purchasing the votes of electorates by cash or other promises has characterized Nigeria’s recent elections; once done secretly by means of stuffing it in items like bread, food stuffs etc. but now the opposite is the case as candidate and party agents openly exhibit this perfidious act with reckless abandon. Plethora of statistics speaks volume of this facts; the just concluded Ekiti State election is a clear example of this claim.  The election is described by various news outlets and writers as a “gigantic display of electoral malpractices” . Many citizens in the various constituencies in Ekiti state outcried and confirmed the obnoxious open display of vote purchasing. In the words of a 73 year old woman residing in the area who was approached by this corrupt poachers “I cannot sell my vote, which is my right; I will never trade my children’s future”. Also reports has it that political agents take turns streets by streets, house by house and constituent by constituent inducing electorates to vote for their party with loaded-cash envelopes confirmed to be within the range of N5, 000 on average.  Hence vote(s) are sold to the highest bidders ofcourse less should be expected from the hungry, unemployed and deprived masses as they heed to this ploy.

In addition, they is reported violation of the principle of secrecy of votes as the electorate whose conscience are often times bought are given little or no opportunities to make their choice as voting cubicles are placed in a manner that enables the party agents to monitor the ballots cast thus violating the principle of vote secrecy affording the electorate no chance or way out but to vote in duress. Indeed Nigeria’s democracy on sale.

Finally, the issue of cross-carpeting have characterized the political sphere in Nigeria lately. Political parties are known to be an association of like minded persons though their sole aim is to seek political office(s), still they operate in one belief which is known as political ideology which all members follow and pursue. The recent high jump by members of a political party moving to the next party displays the lack of ideology on their part; it brings to light their self-centered nature and their lack of believe in their parties ideology. This is often seen as they cross carpet just to pursue self-centered interests notwithstanding its repercussions on the collective interest of the people he leads or represents. This highlights the facts that they don’t feel or have any sense of responsibility for the electorates as they perceive political office as an occupation.

1. EDUCATING THE ELECTORATES:
Educating the electorate of the power they wield to vote in and vote out bad government and the need to protect that power.

2. STEPPING DOWN ELECTED OFFICIALS:
Additional measures such as stepping down incumbent elected officials who are also to take part in the electoral process as candidates at least two months before the date of the election. As incumbent office holders carry great influence which can stimulate or orchestrate the entire electoral process to their favour.

3. PROSECUTION OF VOTE BUYERS:
INEC should see to the arrest of those involved in vote buying and proper prosecution carried out to deter others from following this trail.

4. RELIGIOUS LEADERS:
Many a time,  religious leaders instead of rebuking or chastising this corrupt act of political leaders end up cheering up and rejoicing with the perpetrators because of little token received from them. Hence, religious leaders have an important role in this way forward.

5. EMPLOYMENT:
Nigeria is ranked high among the league of nations with the highest unemployed citizens. It is pertinent to note that unemployment breeds poverty and starvation which are often good breeding grounds for the corrupt political candidates to feed and live on. If it can be reduced to the barrest minimum our electioneering process can breathe life again.

About the author
David Godson is a Law Student of University of Calabar, Nigeria and a legal analyst and writer