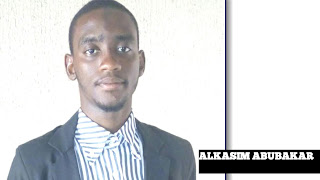 In respect to conspiracy, it is settled law that one can be convicted with the offence of conspiracy if it was duly established, without able to establish the substantive offence notwithstanding. In view of this The Supreme Court in Adoba v State  (2018) LPELR-44065(SC) clearly states through Ariwoola  J.S.C thus;

“Generally, conspiracy is an agreement between two or more persons to do an unlawful act, or to carry out a lawful act by unlawful means. This is however, a matter of inference to be deduced from certain criminal acts of the parties accused, which were done in pursuance of an apparent criminal purpose in common between them which are hardly ever confined to one place. Therefore, being a separate and distinct offence in itself, failure to prove a substantive offence does not make conviction for conspiracy inappropriate. It is independent of the actual offence conspired to commit”

It is now settled law that an appellate Court such as the Supreme Court or the Court of Appeal may, where an Appellant has been charged and convicted for an offence and the Court that tried could on the information or charge have found him guilty of some other offence …the appellate Court may instead of allowing or dismissing the appeal, substitute for the verdict found by such Court, a verdict of guilty of such other offence and pass the sentence in substitution for the offence passed at the trial (sic) as may be warranted in law. It is also settled that an appellate Court in determining an appeal before it possesses all the powers of the Court of trial. See Section 16 of the Court of Appeal Act.”

In  Hudu v State  (2018) LPELR-44259(CA) The Appellant pleaded not guilty to the charge. The learned trial judge, after hearing from six prosecution witnesses, 3 defence witnesses that included the Appellant and considering the three Exhibits tendered and admitted in evidence, found that all the three ingredients of the offence of culpable homicide punishable with death, except one, were proved by the prosecution. In other words, the learned trial judge found that there was a death of a human being, and that the death was caused by the Appellant. He however did not find that the prosecution proved the third element which is that the act of the accused (the Appellant) which caused the death of the deceased was done with the intention of causing death or that the accused (the Appellant) knew that death would be the probable consequence of his act. The learned trial judge considered the defence of self-defence put up by the Appellant and rejected it. He then concluded his judgment , thus;

But when it goes to appeal the Court of appeal after evaluating the issues allowed the appeal and acquitted the appellant as held par Daniel-kalio, J.C.A. In His Leading Judgement sic;
“The lower Court having found that the Appellant did not intend the consequences of his action, it ought to have returned a verdict of “not guilty” and therefore, discharged and acquitted him. In view of the finding of the lower Court that the Appellant did not intend the consequences of his action, I consider it perverse to have convicted and sentenced him to life imprisonment”.
In State v Rabiu  (2018) LPELR-44740(CA) The respondent was acquitted for the charge of culpable homicide punishable with death under section 221 of penal code but on appeal the court of appeal allowed the appeal and interfered with the discharge and acquittal of the Respondent by the lower Court. And subsequently, substituted a conviction for the lesser offence of culpable homicide not punishable with death pursuant to Section 222 of the Penal Code and punishable under Section 224 of the said Code.The Respondent was sentenced to a term of imprisonment of 5 years by the Court of Appeal.

Apropos to above summations, the Nigerian criminal Justice have justifiably designed in a way that an accused can only be convicted when a prosecution have successfully discharge his burden of proving all the required ingredients for the alleged offence and not only that the prosecution must linked the ingredients with the accused before securing conviction see  Al-mustapha v The State  (2013) LPELR-20995(CA) and also Ogbaga v State (2016) LPELR-40950(CA)* .This legal position is so to avoid unlawful and unjustifiable convictions. In this sense any doubt likely arise  in cause of the trial is resolves in the dependent’s favour and can subsequently leads to his acquittal or conviction on the lesser offence, not the original offence initially charged which may attracts to severe  punishments.
About the author
Alkasim Abubakar (A.A.M.G) is a student of law at  Ahmadu Bello University, Zaria, Kaduna
[email protected]
08033131653