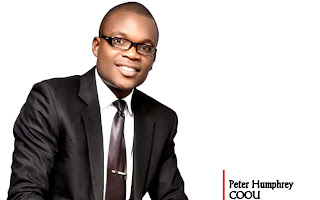 Unilorin v. Rasheedat Adesina [2014] 10 NWLR (Pt. 1414) 159 at 175-176, paras. H-A, Aka’ahs, JSC:
“The respondent was entitled to know the outcome of her examinations. It is the practice the world over that where a student sits for an examination or completes a course he or she is entitled to know the outcome of that examination. It therefore beats my imagination why the appellant refused to release the respondent’s result on the flimsy excuse that she failed a core course and so the appellant had no obligation to release a non-existent result. It was an unnecessary show of power for the University to turn deaf ear to the respondent’s entreaties to release the results.”
In the above case, there was a demonstration by students of the University of Ilorin. Upon an investigation carried out by a committee set up by the School, the  Respondent and other students were indicted and referred to the disciplinary committee, and subsequently rusticated. Prior to her rustication, the Respondent had sued the Appellant and obtained an interim order of injunction restraining the School from commencing disciplinary proceedings against her. The Appellant appealed against the order. It was during the pendency of the appeal that the Visitor (the Nigerian President at the time) intervened, following which a panel was set up to resolve issues pertaining to politically victimised and rusticated students. The Panel’s resolution led to a recall of the Respondent by the School after she had written a letter of apology and paid a fine. Unfortunately, in spite of her recall, the Respondent’s results were never released. As a result, the Respondent returned to the court, seeking the release of her results. The Appellant challenged the jurisdiction of the Court on the ground that the issue of release of result (which it argued was same as award of degree) was a domestic affair which the Court cannot dabble into. The trial Court overruled the objection and delivered Judgment in favour of the Respondent. The Appellant’s appeal to the Court of Appeal and the Supreme Court was unanimously dismissed.
The Supreme Court noted that there is a vast difference between release of results and award of degree. Rhodes-Vivour, JSC reasoned: “A student who takes part in an examination is entitled to see his results. Refusal to release results is not strictly a domestic issue. Refusal to release result with no reason for the refusal raises issue of breach of civil rights and obligation, denial of fair hearing which are all justiciable. Such a refusal is no longer within the confines of domestic affairs of the University. The courts have jurisdiction to examine such matters. On the other hand, the refusal to award degree cannot be questioned by the courts. This is within the exclusive province of the university.” See page 177, paras. D-G of the report.
We must quickly point out that the last statement by Rhodes-Vivour, JSC above, that is,  “On the other hand, the refusal to award degree cannot be questioned by the courts. This is within the exclusive province of the university”, is at best, a general rule. There are exceptions one of which is that “where a student has exhausted all avenues and entreaties, and the university is adamant…, the student is entitled to approach the court for redress.” See Okoro, JSC at page 178, paras B-C of the report.
See also the Judgment of the Supreme Court in Unilorin v. Akinola [2014] 12 NWLR (Pt. 1422) 435, a case with similar facts as in above, wherein the appellant sought a release of his result and academic Degree. The Supreme Court held that in deserving circumstances such as where all avenues and entreaties have been exhausted, the court can interfere with the powers of the University to award degrees.
Unfortunately, in both cases, the University still moved to punish the students even after the Presidential Committee set up had resolved issues and the students wrote written apologies which were accepted by the School. In heavily criticising the University, Peter-Odili, JSC in Unilorin v. Akinola (supra) said: “The situation is akin to sending the respondent on a mission to buy salt and on getting the salt, finds himself drenched by rain which the appellant sent. That is give with the right hand and take back with the left, a visitation on a student which ought not to be associated with the University or Ivory Tower as colloquially called or citadel of learning and character formation.” See page 460, paras. E-G of the report.
Our universities must endeavour to accept and recognise the fact that students have the right to protest against any perceived injustices. The idea of intimidating the students and victimising them by all kinds of threats and punishments must stop. In a decent society, there should be in place, a proper mechanism for the resolution of grievances and agitations by students. On the other hand, students must be able to properly coordinate their protests to avoid unnecessary breakdown of law and order.
By the way, why do Nigerian universities always pursue cases involving students up to the Supreme Court in needless appeals? 🤔
About the author
Peter Humphrey is a Graduate of Law from Chukwuemeka Odumegwu Ojukwu University, Anambra state and a legal Writer and an analyst.
Copyright Reserved
© 2019
For knowledge and Justice