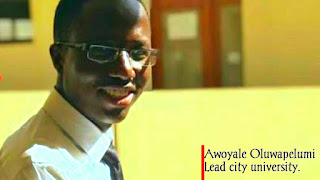 Electorates in Nigeria are no doubt caught between the anvil and the hammer as the 2019 election approaches. They are perturbed as to which of the party to vote for whether that which has failed woefully in sixteen years or that which has ensured their country is the world headquarters of poverty in three years.
The political atmosphere in black and white emphasis a multi party system however is this truly the case?. The political war as I like to call it is now majorly between two parties which makes Nigeria practice a two party system.
A lot has gone wrong with the political atmosphere right from time. The selected few or oligarch in the society have hijacked power to their selves jeopardizing the constitutional principle that sovereignty belongs to the people. Of course this is nothing more than a fallacious statement unfortunately contained in the grundnorm. Electorate no longer decides who wins or loses the selected few do. This has led to the loss of hope in the entire political organogram by the electorate at large. They are caught in between the fantasies made as manifesto by this aspiring political officials and the reality that their vote does not count and even if it does, they still don’t have the grip of power in the society.
However the rains of hope is beginning to shower on Nigeria’s political system as there is a shift in paradigm from politics of Godfatherism to politics of intellectualism. This is however still a shower.
In the recent elections of Ekiti and Osun State where vote buying were predominant, Nigerians have began to as themselves perturbing but intellectual questions like if our votes do not count then why should they buy it? This is beginning to break away the scales of ignorance that as for a long time hovered on the faces of the electorate.

This dilemma ravaging the entirety of the electorate in Nigeria can be cured through thorough, rigorous and tireless political orientation, reorientation and education met out to the masses.

The youth and able bodied men and women who have given the entirety of themselves to thuggery and causing mayhem as this election approaches should be sensitized that those who they are killing for are behind their tv screen drinking coffee. They are not worth dying for because they don’t even care about the thugs. This is why their children aren’t involved in this acts. The recent stabbing of a prominent political thug Mc Oluomo has stirred a lot of controversies. Will his party take care of his health bills? Even if they do who is going to suffer the pain? Will elections be stopped because he is on sick bed? The answers to all this are in the negative.
All this education should be given to the youth to discourage them from political thuggery.
Party candidacy is another recent pain in the heart of Nigerians. The electorate are no doubt fed up with the incompetent administration which  has drastically dwindled the economy while claiming to fight corruption and blaming it on previous dispensation. However is there really a better replacement or alternative? This question ravages the intellectual mind of Nigerians. Like I said earlier practically Nigeria is a two party state and the other candidate who the oposition party tenders has several corruption allegations but never convicted. No doubt the law says an accused is innocent until proven guilty. However on morality basis which the law was founded upon, a person who as an antecedent of looting should not be in a political position. When a prominent statesman Olusegun Obasonjo who one of the presidential aspirant served under as a vice president was asked, he once said that this aspirant looted funds that could cater for the salary of workers in Nigeria for 40 years. This no doubt is an whopping sum. Little wonders he could share $9000 to each delegate in the party conference.
Corruption is also woven to the administration who posits to be fighting it. The Abacha loot which was no doubt an exhorbitant amount was alleged to have been spent in vote buying in just two state. Babachair Lawal who allegedly budgeted #223 million for the removal of invasive plants in IDP camps has not been convicted by a court of competent jurisdiction. Boss Mustapha who occupies the position after Babachair lawal’s sack also claimed to have spent #65 million naira on their website. According to Sodiq Alabi an officer of Paradigm Initiatives of Nigeria (PIN)  who was asked to look into this. He gave a clear report that it is impossible saying the copyright is still 2013. Also several of his political allies like Abdullahi Adamu, Alliyu Wamako, Godswill Akpabio, Orji Uzor Kalu and even Rotimi Amaechi his DG campaign council for 2019 election also have several corruption allegations. Should this people still remain in the corridors of power? So corruption has its tent set up in both camps.
The older Generation has no doubt failed us and the entire system. It is high time we left the obsolete ideas that age equals wisdom or that the young aspirants are not matured enough to rule. The older generation attained power in their youth but prevent the present youth from attaining power due to their greed. Tafawa Balewa was 48 when he became prime minister, Yakubu Gowon was 31 when he became head of state, Olusegun Obasonjo was 38 when he became head of state, Babangida was 44 when he became head of state. All this people attained power in their youth but have refused to let it go due their greed. Their mouth professes the not to young to rule prophecy, their hands even signed the bill to law but they never believe this and will not this is seen in the presidents joking statement when he was signing the bill. He said ‘don’t bother to run against him in 2019’. This has portrayed him as an hypocrite.
Well the solution to this problem is for the electorate to look outside the box of this two political party. Experience has failed us let us try competence and strategic leaders, age is never a caveat. There are young aspirants for several offices, let us hear their views, manifestos and what they have to offer the society and consequently put them into consideration. Let us not outrightly shun them and call their plans Dead on Arrival.
A man’s worth is known through the words of his mouth. Let us subject various aspirants to rigorous and thorough debates and questioning. In the light of the recent vice presidential debate we all have our convictions as to who has content and who is uttering gibberish. This should not be restricted to vice presidency alone rather it should span through all political office from the office of the president to the local government counsellor. They can fool some persons all the time but they cannot fool all persons all the time. Let’s jointly imbibe in them the mentality that leadership is a privilege that comes with sacrifice not a position whose merit is money and connections.
About the author
Oluwapelumi Awoyale is a Law  student of Lead City University, Nigeria. He is a refined scholar and legal Writer
Copyright Reserved
© 2019
For knowledge and Justice