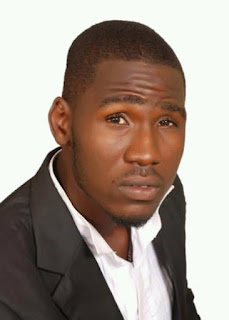 Amasa Firdaus a Muslim faithful just graduated from the Nigerian Law school but was not called to bar because she refused to remove her hijab. This Issue Continues To Linger and it deserves some consideration and an objective discussion.

I just read her interview with the Premium Times and in her response, she described the action of the Law school as an infringement on her fundamental human right.

However, I must admit that I was astonished by such courage exhibited by a young lady who is trying to challenge the status quo and question existing order of affairs. Such conduct in this part of the world is not what we witness so often.

This issue have generated a lot of comments from the public in the past few days.The NBA President A. B Mahmoud responded to the issue by uploading the picture of her daughter who was called to New York Bar and also had a hijab On.he went further to state that the controversy surronding the hijab will be resolved promptly.

There were some other contrary views from renowned legal and social commentators as regards the issue. Femi Fani Kayode responded and I quote “the girl that insisted on wearing hijab during her call to Nigeria bar was being childish and disingenuous.you cannot insist on wearing a religious garb during a secular ceremony and she is not the first Muslim to be called to bar”.

As a student of law the first question I  tried to ask was, whether there was an infringement of Amasaa firdau’s right as regards to freedom to practice her religion?

Firstly, Nigeria Bar Association – NBA is a legal association which is open to all legal personalities and once you are fit and proper you can voluntarily join. This in turn means that you must abide by the Ethics, rules and conduct of the association. the court in Chinwo v Owhonda (2008) 3NWLR PT. 1074 held interalia that ‘when you choose to become a member of an association,their rules shall/can curtail your rights as contained in sections 39, 40 CFRN 1999. Similarly in Onuoha v  Okafor(1983) the court was clear that it lacks jurisdiction to entertain matters relating to internal affairs of  an association.Furthermore the Rule in Foss v Harbottle which provides that the majority rule will always prevail against that of the minority in an association.

Therefore,  it is my personal opinion that there was no breach of rights on the part of the management of law school. Nor did they infringe on the right of the student.
One of my lecturer is a Catholic Reverend Sister who we know covers their hair with scarf and am sure she will not have gone to call to bar with the scarf on her head..

All that I wish to submit is that Nigeria is a secular state and at such the isssue of being a Muslim faithful or Christian shouldn’t come to play in matters like this.It is not in my place to speak for the mangement of law school so therefore as we await their pronouncement this is my personal opinion.