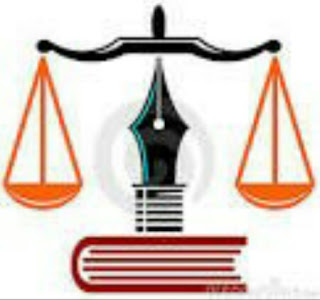 Contempt of the court is simply the offence of being disobedient to or disrespectful of a court of law and its officers in the form of behaviour that opposes or defies the authority, justice and dignity of the court. It manifests itself in wilful disregard of or disrespect for the authority of a court of law.  Contempt of the court found its way to our legal system because it is part of the common law doctrines received into Nigeria. Contempt of court is of two types; contempt Ex facie Curiae and contempt In Facie curiae.

Contempt In Facie Curiae is simply a contempt that takes place inside the court during any proceeding. The idea of contempt of court in facie curiae can be found in the Lord Denning (M.R) submission in Moris v The Crown Office. The phrase contempt in the face of the court has a quaint old-fashioned ring about it; but the importance of it is this; of all places where law and order must be maintained, it is here in these courts. The course of justice must not be deflected or interfered with. Those who strike at it, strike at the very foundation of our society. To maintain law and order, the judges have and must have power at once to deal with those who offend against it. It is a great power-a power instantly to imprison a person without trial-but it is a necessary power. So necessary indeed that until recently the judges exercised it without any appeal. There were previously no safeguards against a judge exercising this jurisdiction wrongly or unwisely’


From the above extract, it can be seen that contempt of the court in facie curiae is basically a power that is established in order to maintain law and order in the courtroom during any proceeding. Contempt of the court in facie curiae can be tried summarily. And the court who wishes to deal summarily with a case of contempt in facia curiae should or would put the accused in the dock stating his offence specifically and distinctly to him, and ask him to show reason why he should not be committed for contempt. The accused or the alleged contemnor must not be put in the witness box; for putting him in the witness box is tantamount to compelling him to give evidence and this clearly offends against the provisions of section 36(11) of the 1999 constitution.

In as much as the court has the power to punish summarily for the offence of contempt of court in facia curiae, but there is a caveat to that power. The court in Dibia v Igwe has held that ‘the court should use its summary powers to punish for contempt very sparing and the judge should not display undue degree of sensitiveness about this matter of contempt and should act with restraint on such occasion’ .

The power to commit is not retained for the personal aggrandisement of a judge or whoever mans the court. the powers are created, maintained and retained for the purpose of preserving the honour and dignity of the court and so the judge holds the power on behalf of the court and by the tradition of his office, he should eschew any type of temperamental outburst as would let him lose his own control of the situation and his own appreciation of the correct method of procedure.

The court in FCDA v Koripamo-Agary went further to state that ‘the mere fact that a court is dealing summarily with contempt does not imply that the principles of fair hearing are to be compromised.’

From the foregoing, it can be seen that contempt of the court in facia curiae is one instance where the court will be both the prosecutor and the umpire in a matter. It is worthy to note that contempt of the court is an offence. that is it is a criminal matter. The superior courts of record has the power to punish summarily for contempt of court in facie curiae and contempt ex facia curiae, while the inferior court has the power to only punish summarily when the contempt is committed in the face of the court. Now by virtue of section 6(5) (a) of the constitution, Supreme Court is a superior court of record established in Nigeria. Thus the Supreme Court reserves the power to punish for its contempt. Section 230 of the 1999 Constitution established the Supreme Court of Nigeria. It is the highest and the final court of appeal in Nigeria, and its decisions bind every courts, authority or person in Nigeria.
The Supreme Court is established mostly for hearing of appeals from the lower courts but there are instances provided in the constitution and Acts wherein they can exercise original jurisdiction. Save and except in the circumstances provided by the statute, the Supreme Court cannot exercise original jurisdiction. In Amadi v Acho, the court held on the meaning of original jurisdiction that,  ‘A court is said to have original jurisdiction in a particular matter, when that matter, by force of law, can be initiated before it as a court of first instance’

It is therefore recommended that the provision creating the supreme Court should be amended to include the instances as raised above.

About the author
Francis O. Udealor hails from Anambra State and is a Law graduate of Chukwuemeka Odumegwu Ojukwu
University,  Anambra State