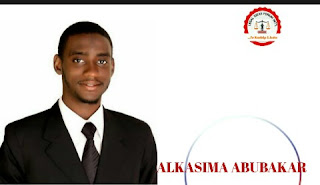 Let me align with the dictum of UGO J.C.A in the EFCC’s case supra. His Lordship remarked;

“It  has  never  been  allowable  and  the  sacred  obligation  of  the  Courts  is  not  to  construe  any  of  the  provisions  of  the Constitution  to  defeat  the  obvious  ends  the  Constitution  was  designed  to  serve.  To  construe  the  provisions  of  Section  308 in  the  manner  suggested  and  thereby  enable  the  persons  named  in  Section  308  (3)  to  exercise  the  right  to  sue  in  addition to  the  absolute  immunity  conferred  on  them  whilst  in  office  by  Section  308  (1)  (a)  will  defeat  the  immunity  designed  by  the Constitution, and lead to manifest injustice.”
To this end it is Submitted, An immunity Clause is a mandotary and unwaiverable provision under section 308 of the 1999 constitution  of the Federal Republic of Nigeria (as altered), designed not just to protect the holders of the offices the immunity applies but to protect the nation from chaotic and jumble events by putting Court’s pressures on the class of people whom the nation have much expectations upon and owed the dominion of the national affairs. But this Immunity is subject to the exceptions provided under subsection 2 of the section 308. It was also submitted that section 308 didn’t prevent the people mentioned under subsection (3) from investigation by the law enforcement egency. Although they can’t be prosecuted during the lifetime of their office but the investigation findings can be used for impeachment or prosecution after they vacate the office. It was as well submitted that a person protected by immunity can sue other person, save that his action can be appealled even during his immunity’s life notwithstanding.
finally Immunity like many other provisions, section 308 have its own defects but i humbly opined that the benefits of the section 308 provisions outweigh their defects regarding the fact that immunity as held in the case of Muhammad Abacha(supra) is not for a lifetime the section only suspends  the right of action or the right to judicial relief of an aggrieved party during the tenure of office of the officials mentioned therein. The immunity does not extend beyond the tenure in office, after which the official shall be liable to face trial. Yet the section was also submitted as an incomplete, which to the humbly writer ought to have restricted the person mentioned under section 308(3) from instituting actions against other person during the life of their immunity so that the goodly aim of the immunity provision will be wholly archived by taking such persons completely out of court’s pressure except in the two circumstances specified under subsection (2) of the section which I believe are justifiable to the Democratic existence.