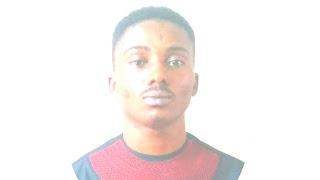 Nigeria, over the years date has continued to find it fun wrangling with work unions within its territory and this fun is yet to reach its point of ecstasy. The resultant effect of this birth Industrial action, otherwise known as Strike.
Industrial action is the action taken by trade union in which they put to stop, with immediate effect all the activities they usually carry out within the institution. It’s the apex avenue through which work unions express their grievances to Government.
Industrial action is orchestrated to draw back the sight of the Government, notwithstanding the genetic myopic eyes they have turned on the catastrophic condition of the professional and work institution in the polity.
ASUU AS A CASE STUDY
The university educational standard of the country is too poor. Only three universities in the country is able to find themselves at the list of world best universities. Though better than the previous year ranking which showed only one Nigeria university. But still there is no obvious growth depicted generally in the average Nigeria university.
The Nigeria university standard is still comfortably occupying a position I express as Obvious disdain. This is due to the realisable fact that the Federal Government Nigeria has overlooked the academic state of the country for so long. Averagely, our university remain nothing compared to average university of the world. We barely or can’t attract a foreign student, aside students of lowly African nations that their university are few step below Nigeria or even equal to ours.
The condition of Nigeria universities has remained and will continue to remain this way except the Nigeria government learns to invest in education. This applies not just in university but also the encompassing field of education. ASUU thereby keeps engaging in strike at periodic intervals so as to pressurize the government in looking into the university condition of the country.
NMA AS A CASE STUDY
Nigeria is ranked 187 out of 191 in the world health system only ahead of Democratic Republic of the Congo, Central African Republic and Myanmar.
Using performance indicators including overall level of health, distribution of health in populations, responsiveness and distribution of finance, France ranked 1st, followed by Italy, San Marino, Andorra and Malta, respectively.
Clearly, there is much to be done in Nigeria. It is about time we began to remove the financial barriers standing in the way of attaining a working health system. Although there has been enormous improvement in relation to the last decades, with current statistics claiming 33,303 general hospitals, 20,278 primary health centres and posts, and 59 teaching hospital and federal medical centres, Nigeria continues to suffer crippling shortages in the health care institution, and increase in the rate of health tourism. It is reported that Nigeria loses around $1 billion to health tourism each year.
A classic example was the previous case of the ‘missing President Buhari’ who was said to had gone on vacation in the United Kingdom, or receiving health care; depending on which story you want to believe. The myopic eyes that Nigeria government, over the years had turned to the deteriorating state of health has been the reason for its backwardness in the health standard of the country.
INDUSTRIAL ACTION; BANE OF VICTIMS
A significant number of scholars and some casually non – academic personalities are in concomitance with the perception that some of the heads of the Union do not sincerely hold the good will of the Union and victims of industrial action in their heart, rather they wait at intervals, especially towards the nearness of the federational periodic change of governance, the perfect timing at which they emerge to extort huge incomes from the existing government, so as to satisfy their selfish interest which they hide under their bold demand to improving the welfare of their representing institutions.
RATIONALE FOR INDUSTRIAL ACTION AN UNENDING PREVALENCE IN NIGERIA POLITY
★Negotiation; Exploiter and Exploited.
The Negotiation process employed by Nigeria government is such that there is never a way that the two parties, labour union and government are favoured equitably. This negotiation become a mechanism through which endless wrangling is moderated but not resolved, thereby industrial action liable to occur again at a later time.
★Government dispensation; military and democracy.
Nigeria government for so long is being characterized by unconstitutionalism. During The military regime of President Buhari  for instance, he sacked the striking medical doctors in the public service. It is also notable that it has entered the psych of Nigeria Democratic leaders to attempt to subdue the trade unions. The Democratic regime of obasanjo sacked 49 striking lecturers of the university of illorin.
CONCLUSION
The catastrophic condition of work institutions in the country is a resultant effect of the myopic eyes that the Nigeria government has genetically turned to. Creating a pitiable state of these work institutions.
But things can still be done to resolve the issues. The Nigeria government should apply and maintain a bargaining or negotiation technique in which both parties are favoured equitably and also, with their investing heavily in work unions, there will be a massive improvement in institutional unions.
About the author
Ekweozor Chukwuebuka Emmanuel is  a 300 level public Administration student of Chukwuemeka Odumegwu Ojukwu University Anambra state.
Copyright Reserved
© 2018
For knowledge and Justice