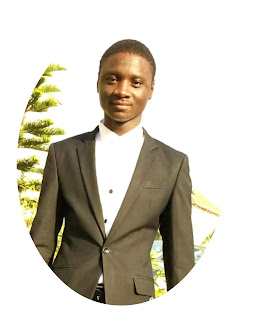 Some fundamental rights can be enforced against government only while others against both the government and private individuals.

It is important to state as a prefatory remark that the rights under chapter IV of the Nigerian constitution are titled “fundamental rights“, not “fundamental human rights”. The framers of the constitution in their wisdom deliberately omitted the word “human” because the rights in the chapter can also be claimed by artificial persons (example: companies etc). See the case of ONYEKWULUJE VS. BENUE STATE GOVT.(2005) 8 NWLR (PART 928) 2 PAGE 646, PARAGRAPHS B – G. The rights in the chapter can as well be enforced against an artificial person. See Akwa Savings and Loans Ltd v. Ime Wilson Udoumana & 2 Others ( 2009) LPELR-8861.
Over the years academicians have posited that fundamental rights are enforceable against government only. The statement is not wholly incorrect anyways having regards to the historical and political perspective, origin, nature and constitutional status of a fundamental right action. The words of Karibi-Whyte, JCA (as he then was) partially reechoed the foregoing opinion because he stated in MINISTER OF INTERNAL AFFAIRS vs. SHUGABA (1982) 3 NCLR 915 at 976 as follows:
_“Finally, it is undoubted relevance [sic] to bear in mind that the provision was designed to protect the individual against the coercive and oppressive exercise of governmental authority and abuse of majority. Hence the rights conferred can be enforced and avail essentially, if not entirely, against governments acting through their authorised agents.“_
It is obvious from the dictum above that the learned justice placed emphasis on enforceability of fundamental rights against government. However, to my mind he never mentioned or impliedly meant that government is the only party that can be sued in fundamental right actions. He merely said: “essentially, if not entirely”.
Besides, the innumerable decided cases on this point are to the effect that certain rights are truly enforceable against the state action only but add that it however depends on the wordings of the right in question. See Kelvin Peterside Vs. International Bank (Nig.) Ltd (1993) 2 NWLR (Pt.278) 712 at 728 and LOANS LTD. V. IME WILSON UDOUMANA & 2 ORS (supra)
In AGBENIGA v. ADEJIMIROYE & ANOR (2016) LPELR-40138(CA) the applicant filed an action for the enforcement of her rights to life, dignity of human person and privacy, the action failed. While restating the law as pronounced in the above cases, it was held as follows:
_”the provision of Section 33 of the Constitution cannot be enforced against individuals because there is a sanction prescribed in the Criminal Code for whosoever threatened the life of another, the right to life is only enforceable against the State or any of its agencies.“_
From the above exposition, one can safely conclude that there are certain fundamental rights that are enforceable against government only and a right to life is an example. I may also be correct to add that section 44 of the constitution which provides for compulsory acquisition of land and or any interest thereof can be enforced against government only.
THE RIGHTS TO BE ENFORCED AGAINST BOTH GOVERNMENT AND INDIVIDUALS.
To say that there exist such rights in chapter IV is to state the obvious.
In Madu v. Onuaguluchi(1985) 6 NCLR 356, the trial court held that fundamental rights were not enforceable against private individuals but only against public officials. On appeal, the Court of Appeal held that such rights were enforceable against individuals.
The Court of Appeal followed its decision above in Chief Omu Uzo Ukwu v. Igwe Chukwudebelu Ezike Ezeonu II(1991) 6 NWLR 708,.
Also, in the case of Onwo v. Oko (1996) 6 NWLR 584, the appellant, a Christian of the Assemblies of God sect had her head shaven forcefully by the Respondents as part of the ceremony ordered by the native community following the death of husband. Her claim was that she and her husband had became Christians and for that reason she was not prepared to mourn her husband as an unbeliever. But the Respondents would not have any of that as an excuse. The trial court dismissed her application on the ground that fundamental rights were not enforceable against individuals. On appeal, it was held that enforcement of fundamental rights action can be brought against an individual.
Similarly in BASSEY & ANOR v. AKPAN & ORS (2018) LPELR-44341(CA), the applicant impregnated the wife of the Respondent and as a result the husband and his siblings made life miserable for the Applicant. They stormed the house of the applicant and carried away many of his properties. After much pressure, threats and intimidation, the Applicant was forced to borrow money to meet some of their demands. In other to save himself from the Respondents, the Applicant approached court and his rights to personal liberty and dignity of human person were enforced against them and the judgment was affirmed on appeal.
Even most recently, the Court of Appeal in RAPU v. IKUEGBOWO & ORS (2018) LPELR-45253(CA) held as follows:
_”Section 46 (1) of the Constitution which confers a right on a person to seek redress where his fundamental right has been eviscerated does not stipulate that such redress can only be sought against the government or agents of State. On the state of the law therefore, a private individual can be found liable for violation of the fundamental rights of a person where the facts establish such infringement.”_
In the light of the foregoing, it behoves on a litigant or a counsel on his behalf to examine the words of a fundamental right carefully before seeking to enforce it against a private individual. Though fundamental right actions are heard expeditiously, It has however been advised in galaxy of judicial authorities that remedy should be sought under fundamental right only if doing that cannot be conveniently done under tort. See the often cited case of Abdulhamid Vs. Akar (2006) All FWLR (Pt.996) 127 and AGBENIGA v. ADEJIMIROYE & ANOR (supra) inter alia.
About the author
O. G. Chukkol, is a Student, Faculty of Law, ABU, Zaria. A renown legal Writer and Researcher.
[email protected]
08032470318
Copyright Reserved
© 2018
For knowledge and Justice