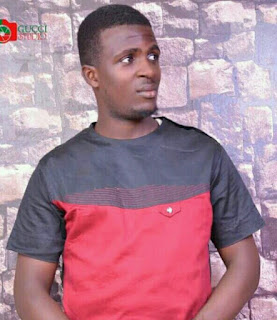 Down through ancient and medieval history there was no country  lending support to same sex unions it was considered abominable.bu but today, the situation is no longer the same, despite the antagonisms against that type of Union. Same sex unions are championed by some rights advocates, pliant politicians lobbyist, secular progressives and others, their goal is to separate freedom of sexual expression from the responsibilities attached to such rights. the proponents of same sex unions want lawmakers to promulgate laws that grant freedom to same sex partners to copulate among themselves. More troubling is the fact that the leaders of advanced societies impose this ideology to developing countries. aids and grants to developing countries are thus tied to the acceptance of this strange practice not minding whether it is in contrast with their culture and religion or not, only few developing countries have vehemently and openly resisted this ugly imposition legally.
PERSPECTIVES OF GAY ISSUES
The various debate to be examined are Biblical,scientific, and African cultural perspectives .
Biblical Perspective
In the both old and new testament copious statements are made which condemn same sex unions. in the book of Genesis ,the men who sought to have same sex union with angels were struck blind (Gen.19:4-11)in the book of Leviticus same sex was described as detestable and punishable by death(Lev.20:13)
It is thus worrisome that most countries passing and imposing such laws are not infidels but brandish themselves as Christian countries.
Scientific Perspective.
Scientific research by American psychiatric association shown that homosexuals are 14times more to attempt suicide than normal people. Their study shows that only 2percent of homosexual live past 65years .Male homosexuals are prone to anal cancer ,since the rectum is not designed for sexual Penetration: anal sex which most homosexuals men engage in, is an easy means of transmitting STDs. Lesbians are prone to breast cancer.
Furthermore same-sex perverts have high tendencies of sexual abuse because the push of abnormality is regenerative and exponential, if not factorial, and that children raised by same parents of both genders are significantly healthier happier and better adjusted emotionally than kids raised by homosexuals.
African cultural perspectives
In African cultural milieu, sex and sexuality is considered sacred and so, same sex marriage is, for want of better words taboo, an anathema, a sacrilege with grave consequences on those who practice such. People who are involved are usually banished from the community or sacrificed to the gods .the culture of same sex union is therefore alien to African religion tradition and culture. But while hating and condemning homosexuals the church following the example of Christ her head continues to treat homosexuals and assist them to reconcile with God. It is in this context the the words of the pope Francis the he is not for to judge a gay that seeks God and does his will ,which many misinterpreted as papal support for homosexuality should be understood.
THE NEXT STAGE OF THE DEBATE
The important point here us that more than enough time has been spent discussing the evil of same sex unions even after the debate has been legally closed whereas the real problem is left unsolved. The real problem that people wan unrestricted freedom to explore any possible sexual fantasy whether it is rational or not .the danger is that despite the ban on same sex union,the legalisation of rights without responsibility may appear uglier strands in future, the worry today is that men want to copulate with their fellow men and women want to do the same . since this intention has been defeated tomorrow they may want legalisation of incest bestiality and other related and irrational acts .
The next stage of the debate must focus on saving humanity from path of self destruction by promulgating laws that will prevent the legalisation of these immoral and irrational Acts, only through this means can the activities of those who struggle to legislate in favour of acts that destroy the sacred institution of marriage be  checkmated.
About the author
Udeoba Donald Chisom is a public administration student of chukwuemeka odumegwu ojukwu University, Anambra state. He is a social and political analyst.
Copyright Reserved
© 2019
For knowledge and Justice