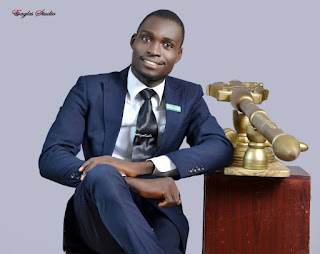 Slave trade was abolished so many years ago, but unfortunately, the traces of that menance is still with us. In fact, its ravaging  effect in recent time has become rather very unimaginable and unbelievable. And we are minded to question this situation and ask Why?
Why has it resurfaced, what new colouration has it taken, who are the victims and for whose benefit does it thrive?

In the abolished slave trade, people sold conquered victims of war, they sold weak members of their clan, then they later sold rivals and later were coerced or compelled to sell their children. But Then, people bought as slaves were predominantly from the male folk. But today, the reverse seems to be happening. parents willingly give out their girl-child as a ‘slave’ in the name of marriage. To perverse men who are nothing but  sexual predators.

It is thus pertinent to observe that marriage is a legal Union between a man and and a woman which is recognised in the area where such marriage was conducted. It is clear from the about that the both parties must be adults and must consent to the creation of the Union. An Infant cannot be described as an adult and neither can she be said to consent to a process she barely understand. Emphatically, a girl-child cannot validly give her consent for the purpose of marriage by herself or by another on Behalf of her.

There are essential rights that children have to enjoy as citizens of a particular country. The right to education is part of the fundamental human rights that should be availed to all citizens irrespective of age, sex and nationality.pursuant to the provision of the UNITED NATIONS DECLARATION OF HUMAN RIGHTS 1948 and guaranteed under the Chapter 2 of the 1999 constitution of the Federal Republic of Nigeria. It is then worrisome to notice that most girls in our rural areas are denied this right to be educated without any fault of theirs. A lot of human right instruments provide for education as a fundamental right, including the African charter on human and people’s right but it is unfortunately sad that the intendments of those provisions has not be strictly upheld nor complied with.

I was moved to write this considering what is happening in most rural communities in our country which is gradually becoming a custom. Truth be told, the rate of illiteracy among the female folks in our communities is becoming alarming and sporadically increasing.

Early marriage is one if not the major cause of this anomaly. For the benefit of clarity, and for the purpose of this write up,   according to section 21 of the child’s right act, No person under the age of 18 years is capable of contracting a valid marriage, and accordingly a marriage so contracted is null and void and of no effect whatsoever…

To show how strict our law is against child marriage it goes further in section 22 of the same Act to condemn child betrothal and in section 23 to provide punishment for any parent, guardian who promotes child betrothal or any person who marries a child. By this, it has become a crime against the State to marry a child. In other words, any marriage with a girl of 17 years and below is not a valid one.

Our people have an adage which says  “Oburu na aru gbaa afo, oburu omenala” is not only a reality but practical in most of our communities today. In these communities, young girls of 12 to 16 years are considered riped for marriage. Without rue, our parents give out their children to men who sometimes are old enough to be their father. Nobody can argue that these are the age when these girls can be trained to be great achievers tomorrow. When such a girl is given out, before you know it, she will be impregnated by the paedophile-so-called husband and automatically the hope of her acquiring formal education would be truncated. What a wickedness!

Regrettably, those who should be in the forefront to speak up against this abominable act against the girl-child are the perpetrators of the act and instead of condemning it, they defend it with all the powers they have. Most often, they found a section of the Marriage Act which provides that any married girl is considered to be of a marriageable age as a defence. Common sense and reasoning come to play here. It takes only a person with enough milk of human kindness to understand the emotional tortures the girl goes through when she sees her mates in school uniforms.

In this jet age, the world looks up to the girl to help move the world further. How can the girl come to the limelight if you deny her the right to education? If given the opportunity, many a young girl has what it takes to transform the world but they cannot do it when the society keeps them lurked in utter ignorance.

At this juncture, I deem it necessary to point some prominent Nigerian women that would have been nothing if they were not given the opportunity to acquire formal education. They include: –

(1) Dr. Ngozi Okonjo-Iweala was brought up from a well educated family. After her university education at the prestigious Harvard University, she started working with the World Bank where she later rose to the position of the Vice President and corporate secretary. She left the World Bank two times to serve as the Finance Minister of Nigeria under the dispensation of Presidents Olusegun Obasanjo and Goodluck  Jonathan.

(2) Chimamanda Ngozi Adichie is a prolific writer and an all time international award winning author.

(4) Prof. Stella Chinyere Okunna is the first female Professor of Mass Communication in Nigeria. She was the former Commissioner for Economic Planning/budget and Chief of Staff in ex-Governor Peter Obis eight-year administration.

(5) Prof. Dora Akunyili (now late) was the Honorable Minister of Information of the federation and former Director of NAFDAC. Before her demise, she was one of the members of the 2014 national conference and she held other significant positions through which she greatly impacted on humanity.

(6) Hon. Barr. Rita Maduagwu is presently the speaker of Anambra state House of Assembly.
There are many others that I cant include here for want of space and time. These women have surely imprinted their names with gold in the sand of history. If these women can achieve these feats, every other girl can do it better.

These women, their parents and the society they lived in broke all odds to make sure that they got formal education which helped them to attain their various lofty heights in the society. If they were denied education, and ‘sold’ to men at the ages of 13, 14, 15 and 16 years, believe me at best they would  have ended up as their husbands kitchen managers today.

Several women pass through one form of untold hardship or the other in their various homes today, just because they were deliberately sold to men too early. Such is a big disadvantage to the society, the parents and the woman who was sent to ‘hell.’ The women into this kind of forced marriage would undoubtedly be lamenting over their slavish condition until they kiss bye bye to the world. It is only education that can open the eyes of young girls to actualise their life potentials and avoid being subjected to ‘slavery’ in this century.

To conclude with, I reiterate that without education an individual is myopic because he cant see beyond his immediate environment, lame because he cant fight for his right, dumb because he cant defend himself when his rights are trampled upon. With this work, I join voice with those that fight for feminism and against child marriage to say that enough is enough. Our girls deserve the best. Nor will their childhood be deprived just to maintain business ties or Family relationships. Lets say no to forced child marriage. Lets put an end to the menance. Lets give the girl – child the opportunity to thrive, the opportunity to become the captain of her own life. Lets join the campaign to end modern day slavery.