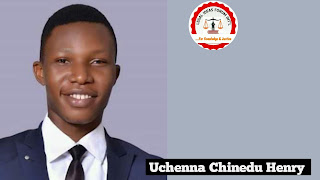 On this day, in the year 1960, Nigeria gained
her hard fought independence. The Colonial masters were sent packing, automatically placing the destiny of Nigeria in the hands of Nigerians. Basking in the Euphoria of a great future, we opted to elect our own leaders, who we felt were our own and would understand our plight better. The Nigerian leaders elected to lead us to the Cannan land, rather led the country back to the wilderness, en route Egypt, thereby entrenching neo-colonialism. Excuses were made for the  hiccups experienced in the 1st,2nd and 3rd Republics. One of them was that Nigeria was still too young and that things would get better. The question that bugs the mind is, ” at 59, has Nigeria achieved enough to be deemed deserving of celebration?

A fool at forty they say, is a fool forever. Nigeria has continued retrogressing over the years. While other countries are making gigantic strides in technology and education, we are yet to get it right in leadership.
The Nation’s economy has been bastardized by a bunch of self serving career politicians who do not have the interest of the masses at heart. The foreign reserve has been so depleted that the future of the country is hanging on a thread. In Africa, the country that was once seen as the giant, has become so leprous that other countries now treat it’s citizens with disdain.

The rule of law has been sidelined and replaced with the rule of the presidency. Court orders are flouted by the presidency with reckless abandon, choosing which ones to obey and the ones to disregard.

The economy is nothing to write home about. Life gets harder day by day for the average Nigerian. Value added tax was increased without hesitation while there is still insincerity in implementing the minimum wage, subject of a tug of war between the labour leaders and the FG since the beginning of 2019.

Freedom of speech, as enshrined in our Constitution has been abrogated. People are scared of criticising the government, for the fear of victimisation. These are all evident in the recent trial of Omoyele Sowore, a presidential aspirant during the 2019 election. It is laughable that one of the offences he was charged with is insulting the president. This was a government that came to power riding on propaganda and insults of uprintable nature. Also laughable is the fact that the judge who granted him bail, the power of which he reserves the right to exercise, was reported by the FG to the National Judicial Council, for the sole reason that he granted an accused bail.

It is with deep regret that i announce to you that at 59, Nigeria has not achieved enough to deserve celebration. The country has great potentials, but until we elect the right persons to the seat of power, who have the capacity and the will to make a difference, these potentials may not be realised.

About the author
Chinedu is a legal practitioner and a refined scholar. he writes from Anambra state, Nigeria.