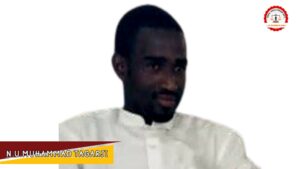 INTRODUCTION
The law has the more modest ambitions of keeping the peace and organizing collective actions. And if it is to realize these more prosaic ambitions, the political culture in Nigeria must be set for legal battle. Because, the welfare of our society depends on how we choose to constitute that society and measure its will or needs. The process by which politicians represent our society’s needs and welfare in the context of law is an imaginative, looking at the virtuous past to a decent future of Nigerian legal system. Much political scientists believed that politics should mirror the desires of society’s members and take the failure to do so with perfect accuracy.

Politics is solely dependable on representations of human will or needs, and taking the recognition of future social welfare. These representations are not simply imitative, because social welfare and popular needs are believed and considered as an urgent priority. Because every things in front of us already subjugated or overpowered by politicians, we have the knowledge, after abandoning our city, after sacrificing our property, to throw ourselves into danger without a thought of resenting their neglect to assist us. This in future should, as far as possible, be our conception of our position.
By dismissing all hope of our future, we must vigilantly guard the nation and the future. We must cry out over the loss of democracy and the future of our law as well as the lives of our generation. We must cry out over the loss of houses and lands, though houses and lands do not gain lives of people. Of course, there is a somber looking to the severe attitude of politicians toward the future of our law.
The greatness of the power of our Judges and Justice was such that it almost didn’t matter. Because, politicians are collective lawgivers, judicial decision makers, to change who they want, to punish who they like, and to kill who they hate and so the world around them. We must be careful not to let our standard of law and its future be put in political dustbin. We do not know how many talented Nigerians, who have respect for law, were deterred from active political involvement by the practice and ideology. Most citizens of Nigeria are threatened by elite power, though now it is an amalgam of professionals, academics, and corporate elites who often act like oligarchs while proclaiming a very fealty to democracy. Of course, they like their oligarchic progenitors, do worry about the system of government with political and economic democracy.
Democracy seems too time consuming and cumbersome, too plagued by discontinuities and instabilities, inefficiencies and incompetencies. Even at its best, seems too formless and amateurish to deal with the complexities of modern political life in Nigeria. The culture of Nigerian democracy seems to be that which took place from the sixth to the late fifth century BC, even in the exclusive society of this century, power became the concern of all citizens rather than the property of individual or group. This meant that, decisions were shared among the citizens.
Plato in his book titled “Republic” particularly in book eight argues that ” Democracies lack decorum and form because, in it distinction are transgressed. Whether in regard to people or ideas, high and low are confounded, knowledge is equated with mere opinion, and life as a whole is a veritable bazaar of goods.” In all senses of these golden words from golden philosopher, no one is immune or protected from the problematic influence of democratic culture in Nigeria. Because, the Nigerian democracy is not really progressing and changing.

The Nigerian politics, as problems of general concern has became a cankerworm that has eaten too deep into the legal system of this country, and nearly brought the system down to its grave. As a matter of fact, a lot of works need to be done to align law with the current state of politics in Nigeria, after realizing how ineffective and inefficient system of politics are. Currently, politics does a very poor job in taking the fundamental needs of society into recognition, while these are exactly the reasons why people surrendered as much of their energy and time for its maintenance.

The future of law in Nigeria is undoubtedly a tool to deal with societal challenges and to organize stability and prosperity in the country. Because mapping the highly uncertain future of law requires specific methodologies and strategies derived from the field of foresight studies. These methodologies and strategies cannot be politically transplanted to the legal realm. The country has to develop a research strategy for the future of law.
The future of law in Nigeria is highly uncertain and complex, but that should, however, not estop us from analysing and scrutinizing it. In my little understanding, ignoring the future of law, opens the door for law to become irrelevant, unstable, and dysfunctional because, it cannot keep up with societal development and that would lead to political thuggery which contribute tremendously to get rid of the law into political dustbin.