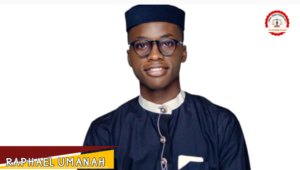 Introduction
There has been many criteria for the transfer of a deceased estate to his or her descendants and family law is the aspect of law that deals with it. Different ethnic groups and regions in Nigeria have developed mode of transferring the estate of a deceased where (s)he dies intestate. Though most of these mode of transferring conflicts with natural justice as it tends to favour only the male offspring and neglect the females. The Nigerian constitution also frowns at neglecting any person as a result of his or her background of birth. Hence the reason for this legal exposition.

The Law of succession in Nigeria classifies succession into two categories, namely; testate and intestate succession.
In testate succession, the estate of the deceased is shared in accordance with the directives contained in his Will. Where a person dies without writing a will, the person is considered as dying intestate. And as such, the person’s estate is shared in accordance with his personal law. That is, according to his customary Law.

Customary Law of Succession
In Nigeria, customary law recognises patrilineal succession. This implies that only the male children are considered during the sharing of the estate of their father thereby neglecting the female children.

Therefore, when a man dies intestate, the largest share of his individual land would devolve to the eldest son, with other sons sharing the rest equally. (Obi, supra, at 199.) If the deceased does not have sons, his individual land devolves to his brothers to be shared according to seniority. (G. A. Wigwe, Igbo Land Ownership, Alienation and Utilization: Studies in Land as a Source, in IGBO JURISPRUDENCE: LAW AND ORDER IN TRADITIONAL IGBO SOCIETY 32, 39 (G. M. Unezurike et al., eds., 1986)).

By these provisions it is crystal clear that the customary Law of succession practiced in certain parts of Nigeria is very inconsistent with the provisions of the constitution. And section 1(3) states that: “If any other law is inconsistent with the provisions of this Constitution, this Constitution shall prevail, and that other law shall, to the extent of the inconsistency, be void”.
In the case of Ukeje v Ukeje (2014) 11NWLR (Pt 1341) 185SC The Supreme Court ruling voided the centuries-old Igbo tradition that barred females from becoming beneficiaries of family estates, especially in their towns and villages. Ruling this Igbo custom as discriminatory and in conflict with Sections 42 (1a and 2) of the 1999 Constitution.

Conclusion
Flowing from this, it is crystal clear that the customary law of succession that bars female children from benefiting from the estate of their fathers is not only repugnant to natural justice but it is also inconsistent with the provisions of the constitution and as such should be voided, discouraged and fight against wherever it is practiced. Victims of such practice are encouraged to approach a court of competent jurisdiction to seek redress.

ABOUT THE AUTHOR
Raphael Mathew Umanah is a 300L law student of University of Uyo, Uyo where he’s currently serving as a Senator representing his faculty at the students Union Senate. He is a writer, leadership and public relation enthusiast. He can be reached via facebook and Linkedin at Raphael Umanah.

2 thoughts on “Women’s Right To Inheritance In Nigeria vis-a-vis The Position of the Law In Nigeria.”