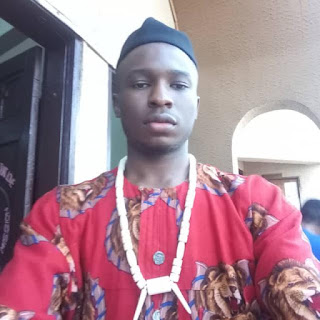 The Giant slumbers
A lullaby of throes for the caliphate of the black race
A tale of anguish for the former agricultural hub of africa,
A one time pride of the Sahara
A retired giant of africa
Alas!! The giant has been lured to slumber
Indeed the giant slumbers
When prior to the civil war, naira was more valuable than dollar
But now, naira is 363 times lesser than dollar
When a brand new Peugeot was affordable, but now become more like a Herculean task, it is not attainable
How did we get here? We are just marking time
Indeed the giant slumbers
When then we could boast of a groundnut pyramid in Kano, a cocoa plantation in Ibadan,  and a palm plantation in Enugu
But all we see is a Yahoo academy in Lagos, a ministry of happiness in owerri and a cluster of normadic bandits causing wrecking towns especially in Benue
How did we get to this lowest ebb? I my dilemma, I ask often if we had offended our ancestors.
Indeed the giant slumbers
When ab-nitio, pan africanism was at the forefront of “the giant’s” foreign policies, and big brother naija spent billions of dollars fighting for the emancipation of South Africa and it’s black masses
But now, rulers in big brother naija spend billions of dollars for the eradication of poverty In their pockets
Its an irony right? I believe our village people are on rampage
Indeed the giant slumbers
When we had patriotic leaders and fathers who gave in their all for a better goal
But now, we have unpatriotic leaders and farmers who always harvest where they did not sow
What insolence!! I believe Zik where ever he may be will find their inactions appalling
Awaken the giant’s
Sound a Clarion call, a beacon of hope
Awaken the giant
Take the bull by the horn, first step to change
Awaken the giant
Time to do things right, together we can.
Happy independence Nigeria, it has been 59 years marking time.
About the author
Nwankwo Praise (The Voice) is a writer and a poet, he is a law student of Chukwuemeka Odumegwu Ojukwu University, Anambra State.
Copyright  Reserved
© 2019
For knowledge and Justice