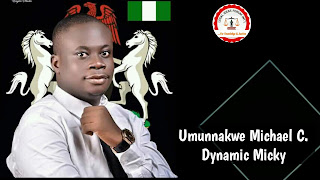 Should Atiku proceeds to Supreme Court?
Yes.!  We already know that the present squad manning the country have made a mess and a caricature of the Judiciary and with what constitutes the Supreme court, you and I know that there is no guarantee of Justice.
Why then pursuing for a journey that’s futility bound?
It will be a technical blunder if he does not proceed on this case which would leave a lacuna to capitalize on in the event of future Jurisprudence.
For purposes of public enlightenment, there are two main sources of new  law. They are
* Legislations( Acts of Parliament) and
* Judicial Precedent (Case Law)
There are other minor sources too, which are Local Customs, Legal books and treatises.
But we would restrict this discussion on JUDICIAL PRECEDENCE.
The Judicial Precedence is where  a decision in a previous legal case where facts were similar to the case before the court is referred to. It has been a doctrine of stare decisis (let the decision stand) and looks to previous judgement in similar cases to ensure consistency.
The doctrine requires the Judge to base their decisions on the law established in earlier cases where facts are the same. Now, it is not the case per se that should be followed but the principle in those previous cases. This is called “ratio decidendi”.
Ratio decidendi is based on
– material facts of the case
– the decision of the judge or judges
– the reason(s) for deciding.
So, the judgement of the PEPT is not just a mere say, but, has become a judicial Precedence and every similar case of such must be judged accordingly. It has become a case law and not a mere obiter dicta. Because, you cannot like keke(tricycle) on your road  and hate dents on your car.
Where the problem lie is whether a decision of a lower court can be upturned by a higher court by setting out a different Ratio decidendi as above. So, if this case is not pursued it can be upturned in favour of another defendant in any future case, having same material facts. At that point, the beneficiary of it would blame Atiku for not proceeding further.
While we all know that due to threat, there may be little or no judge that would have the courage to dispense justice in this dispensation, but Atiku needs to pursue this emerging new case law, not necessarily to win, but to set a Ratio Decidendi, at a level it would become a law and be consistently followed.
So it would be a reprehensible form of ignorance if Atiku does not proceed with it, but  I know he would, because the benefits to our society are enormous.
About the author
Umunnakwe Michael C. Is a law graduate of Chukwuemeka odumegwu ojukwu University, Anambra state, Nigeria.
Copyright Reserved
© 2019
For knowledge and Justice