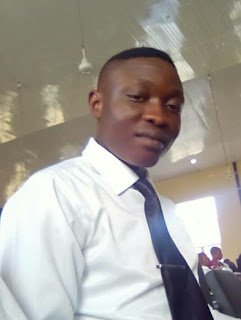 One keen and sensitive surprise to observers and commentators on Nigerian politics is that Boko Haram terrorism began in the Northern part of the country with dissatisfaction of the unity of Nigeria and started demanding for an Islamic state governed by Islamic laws. It also rejected western education.

Also, in the Eastern part of the country, Movement for Actualisation of the Sovereign state of Biafra (MASSOB) and Indigenous People of Biafra (IPOB) emerged with acute demands to break away from Nigeria to form an independent state of Biafra.

As if that was not enough in a nation, Niger Delta Avengers emerged from the Southern shores of the country with outraged aggressions against the federal government. They are threatening to break away from Nigeria to form Niger Delta Republic.

In the Western part, also obtainable is sudden formation of an ethnic militia as a unity forum to protect the unity of the Yoruba under Oodua People’s Congress (OPC).

The whole scenario is as terrible as “THE PRINCE” in all historical political book of record. Be that as it may, the main puzzle is that if the Northern, the Southern, the Eastern and the Western Nigerians are against the federal government and unity of Nigeria, then why is Nigeria still in existence? And who has been keeping Nigeria together? We shall address the questions properly in this article. However, before delving into it, let us unveil the dangerous character of this bitter political development in Nigeria.
Let us..

Since the current insurgency of Boko Haram in 2009, it has killed more than 20,000 peoples and displaced 2.3 million peoples from their homes and was ranked as the world’s deadliest terror group by the Global Terrorism Index in 2015. The group has carried out mass abductions including the kidnapping of 276 schoolgirls from Chibok in April 2014 and it was estimated that at least 250,000 Nigerians have left Nigeria and fled into Chad,Cameroon or Nigeria since 2013. The horrors in the above menace were meted out through suicide bombing in Mosque, markets and busy places filled with people. It is such that every moment is pregnant with danger in Nigeria today.

Populist opinion suggested that it is mere religious fundamentalist and jihadist group who attempts to Islamize Nigeria while radical political reactionaries argues that the insurgency was an act perpetrated to make Former President Goodluck Jonathan’s administration ungovernable but today it is clearer that the so named Jihadist are still bombing Nigeria in 2016 up till 2018 today, even when Buhari (a Muslim) is the President of Nigeria while Fulani-herdsmen/farmers debacle continued unabated.

In relation to the above, The Indigenous people of Biafra (IPOB) peacefully agitates for restoration of the sovereignty of the indigenous people of Biafra as a separate republic from Nigeria. Sahara reporters contended that a military shooting of unarmed protesters at a church in Onitsha has stirred uproar in the state. In reaction, the group stated that if Ndigbo were pushed to the wall by security personnel that they would have no other option than to take to arms and Nigeria will be in flames. The Python danced in Igbo land and swallowed unarmed citizen while causing the disappearance of the leader of the Indigenous People of Biafra, Mazi Nnamdi Kanu.

Stop wondering why Nigeria still exists. Nigeria is the largest market in Africa but imports almost everything. The world powers will never allow such a great market where they are beneficiaries to collapse and if it eventually does it will affect world economy. Ethnic politics is not the problem of Nigerian government but the problem is technological deficiency aggravated by globalization which imposes those technologies on the productive aspects of the economy with painful economic agreements. Thus, for you to produce, you must have necessary technologies for production which Nigeria lacks and world powers posseses such technology. The politics is that the economic woes of Nigeria should be complicated so that the world powers imperialism of trade will be inevitable while making the economy of Nigeria dependent on world powers. The below justifies the strong hands behind the unity of Nigeria even when Boko Haram, Niger Delta Avengers, farmers-Fulani herdsmen, and IPOB are making separate demands against the Nigerian government.

THE MULTI NATIONAL  CORPORATIONS IN NIGERIA

All the companies operating in Nigeria knows that they will face hard time if the nation is to break. I opine therefore that Nigeria’s disintegration has entered high level politics in which major companies operating in the country manipulates the division of the country at their will through sponsoring the political leaders during election based on agreement to protect the interest of the companies when they entere into office. Some of these companies are Nigerian Breweries, The banks in Nigeria, oil companies, Telecommunications and other Construction and services companies.

THE NATIONAL AND COMPRADOR BOURGEOIS

Established Nigerians who owns many business ventures may lose all their businesses and the compradors who are agents of foreign firms may be faced with difficulty in establishing new border contact and relationships in the newly formed nation. Can all the rich men today allow such a sudden change that can result in their instant poverty to take place? The probability to support any break up of sections in Nigeria is zero.

BREAK AWAY WILL CAUSE SHOCKS IN THE CHINESE ECONOMY

How can the largest market in Africa split into pieces when China is producing phones, machines, accessories and technologies of all kinds? It is not possible. Nigeria’s large market is direct opportunity for business transaction and its oil wealth is rich focus in investment. In realisation of this, Chinese firms signed Memorandum of Understanding with the federal government of Nigeria to invest $50billion in Nigerian oil and gas industry.

The following companies are to share in Nigerian wealth viz NORINCO, ICC-NDRC among others. China will do anything to ensure that Nigeria is united to keep the largest market alive for Chinese firms.

The United States and Nigeria signed the TIFA in 2000. The TIFA council serves as a mechanism for regular, high-level dialogue on enhancing U.S Nigeria trade and investment ties. All the interests are targeted at crude oil. Total U.S-Nigeria trade (exports plus imports) was valued at $18.2billion in 2013, U.S imports from Nigeria were valued at $11.7billion and $11.6billion of which was crude oil. The disruption and economic shock it may generate if Nigeria should disintegrate with sudden change in foreign policy can be threatening to U.S foreign earning. Newly formed nation may decide to place embargo on certain countries and thus halt the earning power of such nation. Hence, U.S may not like disintegration of Nigeria.

SHOCKS TO ECONOMY OF FRANCE

French company, Lafarge has been a prominent cement manufacturer in Nigeria for decades and has added a lot to the country’s economic growth. It will be a different picture if Nigeria should disintegrate. According to President Francois Hallande of france “we have set a goal of increasing our market share in Nigeria, we must step up our efforts in the area of training by our companies for Nigerian employees and increase investment because Nigeria is a great country.”

It will constitute a shock to Nigerian-British chambers of commerce. The sudden split of Nigeria may generate obstructions in the economic benefits of both nations.The Nigerian-British chamber of commerce is the foremost bilateral chamber of commerce in Nigeria under the NACCIMA/CIPE, Washington D.C, U.S.A, accreditation programme. Its aim is to encourage and promote mutually beneficial trade relations between Nigeria and Britain. UK is also Nigeria’s largest source of foreign investment with assets worth over 1.4 billion dollars a year.

Happy Independence to the fastest growing Market in Africa. Nigeria our Nation.

About the author
Sir Anierobi I Walter is a graduate of political Science and a 500 level Law student of Chukwuemeka Odumegwu Ojukwu University, Anambra state.