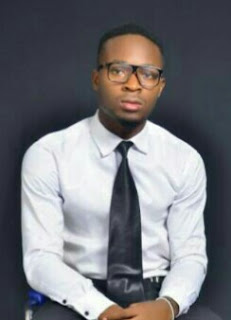 In every ideal democratic state, their is always a constant change of government, which is achieved by a periodic election. The possibility of election is predicated On the establishment of an electoral body, formation of political parties, registration of different aspirants and voters. Nigeria which expressly claims to be a democratic state is not left out in these stated prerequisites.

In Nigeria, many strategies are adopted by political office aspirants in canvassing for votes, viz; circulation of handbills, fliers, posters and billboards.  Added to these is political propaganda which seems to be the most effective, this is a mode of communication used to manipulate or influence the opinion of groups to support a particular cause or belief. this strategy could be catchy as it brings the contenders to the judgemental throne of the citizens for them to render their judgement. Inversely,  when it is used wrongly, it paints a gory picture of a country and ridicules the intended ideal nature of its democracy.

Nigeria today have created this sad and gory picture, our politicians have applied erroneous measures in running their political affairs, they play opposition with no morality and turn every administrative lapses and unfortunate occurrences as an  opportunity to fan their own political ambition with no sign of sympathy to the affected citizens who suffer the blunt of such shortcomings, citizens who need assistance and support rather than blame games and politicking.

The Boko haram crisis which is ravaging our country for some years had remained an issue of great concern. whether it started as a legitimate revolution or sponsored by some political elements is still an issue of intense controversy as all accusations are still on a shaky foundation of hearsays; irrespective of that, it can easily be inferred by the actions of our politicians and most especially the oppositions, that they are entertained by every aspect of the drama. For them, the boko haram sect is always a covert market where they trade their dishonesty and selfishness in exchange for cheap political gains which will most likely lead them to victory. 2015 presidential election was a case study.

On the 14th of April 2014, the boko haram sect abducted over 200 female students in a government secondary boarding school. this event gave more voice to the APC party who saw it as an Avenue to cast aspersions on the then ruling party. they weeped more than the bereaved and with the aid of their change mantra and many false propagandas they were able to defeat and sweep away the  P.D.P led government, they described the Jonathan led administration as ineffective and not fit for governance. to a very good extent, that was true but just as they have shown a trail to the measurement of competencem I won’t be mistaking if I say that the A.P.C led administration just like their predecessors have failed woefully particularly on the issue of security, they were much busy fabricating propagandas than getting themselves prepared for governance.

Since the inception of this administration, there has been a very high level of insecurity and this hurtfully escalates death toll, destruction of properties, poverty making fear the order of the day. There has been repeated stories of the herdsmen attacks on innocent farmers in various States maiming, killing and destroying farmlands. recently, the Boko Haram sect invaded The  Government girls science and technical secondary school Dapchi, Yobe state on 19th February 2018, where they abducted hundreds of school girls. This incident is a glaring fact that President Muhammadu Buhari and his distinguished Minister of Information Lai Mohammed  assurances that the Boko haram sect has been technically defeated is a deceit, This  shows their hight of insensitivity, incompetence and their failure to learn from their predecessor’s mistakes which  they once condemned.

The entire drama is akin to that of the chibok girls but the situation looks more distressing in that the present day government blatantly deny liability, forgetting the days when they were playing a myopic opposition. unfortunately, this might be their Achilles hill, though fortunately they can still feather their nest by rescuing the abducted girls, the P.D.P on their own part will be laughing in their sleeves,and undebatably be in their cubicles burning incense that this never happens. well, do you blame them? this incident just like the chibok girls happened at the nick of time and what do oppositions anticipate in Nigeria if not an opportunity for propagandas, for them the A.P.C who forgot that they live in a glass house and have thrown a stone must be taught that people who live in a glass house does not throw a stone.

Finally, just as I have said supra, the Nigerian politicians have been erroneous in their politicking affairs, it is time they distinct false propaganda with politicking and imbibe opposition with diplomacy. Encourage fair play and the spirit of sportsmanship, inculcate in their followers the ideology of peace instead of war and help the ruling government deliver on good governance instead of forming a stumbling block on their path.

AZIKE STANILAUS CHINEMEREM is a Law student of Chukwuemeka Odumegwu Ojukwu University, Anambra State and is an ardent believer in politics without bitterness.