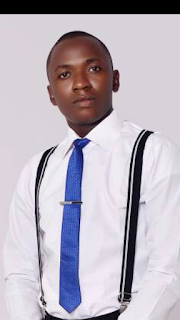 And now, we may finally conclude that it is either we are living in a zoo or an animal Kingdom masquerading as the most populous black nation of the world. As I suppress the urge to react, am pressured to drop one or two statements to the effect that, we must stop joking with a future that is collectively ours. It started with a first narrative that the highly exalted office of his excellency the President had been infested by Rats and that he is unlikely to work from there. We painfully accepted that story bearing in mind that he has been absent from the location and that occurrence is likely. But with the new stories of a snake evading with 36million and another  monkey disappearing with 70million,  Am beginning to think that we are being taken for a very long ride and a stop is actually not in view.

The current dispensation and phenomenon where super tales and stories keep coming from the stables of our political administrators leaves nothing to be admired. This spate of “folkloring” seem to me like a graphic representation of not just the Animals which they depict but the characterization which is inherent in the pictures they paint of the state of affairs.

If rats are known for their destructive nature and secretive devouring mannerism, I think that’s what our Nigerian politicians has become. They gnaw on our collective national treasury and impede on our infrastructural development, hinder the renovation of our existing national heritage which are gradually going replete due to lack of maintainance. And what happens to a rat infested house? The owners either chose to get rid of the rats or abandon the house entirely just like buhari did to his office. Thus, it is not surprising that many Nigerians has joined the bandwagon of deserters who take the greatest risk of journeying through the deserts and Mediterranean Sea to get into Europe, the presumed ‘greener pasture‘. No wonder when they finally get there, they are treated in the harshest of manners like rats who has come to infest their own nations too. It’s an old story already that Nigerians are sold for little as 400dollars. And why won’t they? Worthless Rats from rats infested territories. The destructive tendencies of our Nigerian politicians and citizens is truly an issue of great concern.

And when we are told of snakes swallowing 36 million, not only is this a huge fat lie, it also depicts the manner in which funds are embezzled in this part of the world. The more you look,  the less you see. The theory of deception, professional fraud and in our local parlance ‘419‘ that’s exactly what it is. Where non existent white elephant jobs are earmarked and large lumps of budgetary allocations made in respect to it are both unaccounted for. This present government seems to be champions in the art of lying and double tonguedness. All this is done to cast a hood over the Nigerian people and have her rapped and sapped of her national benefits.

The Chiefest of them all is the award winning monkey, and when I remember what monkeys have with banana and most times taking it without permission, it makes me want to laugh actually. We live in a country where the ‘taking‘  syndrome is the prerequisite for survival and when you have not trained your dopamine to adapt to this, you are considered to be inept and unprofessional. And now am hearing of Dragon and there is actually no comment on that.

I, would in strong terms warn our story telling folklore masters that we are no longer in the moonlight ‘night‘ and Nigerians has long moved away from the story telling arena. It is either you give us the names and identity of all these animals and commence investigations to recover it from them or have us begin to hunt you all, since when a bird learns to fly without perching, a hunter must also learn to shoot without aiming.

If you need a facilitator to aid you vomit the swallowed funds, we will humbly get the best hands from across the nation and please, it’s obvious we need security around the financial bases of our country since it does appear that the animal Kingdom is building its capital city as my good friend has suggested.

Let the truth be told and all who are involved should be made to dance to the tune of the law. And to the king of the jungle. Hope you are still in charge?