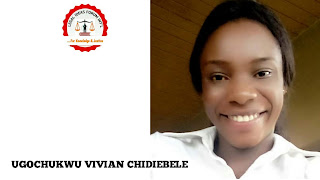 “Words cannot adequately express my joy and pride being the Nigeria citizen, privileged to accept from Her Royal highness the  Constitutional instruments which are the symbol of Nigeria Independence. It’s a unique privilege which I shall remember forever and it gives me strength and courage as I dedicate my life to the service of our country… “
Those were the exact words of Abubakar Tafawa Belewa, extracted from the speech he delivered at the Tafawa Belewa square in lagos at the Independence day ceremony.
Deplorably, Nigeria has not lived up to the expectations of our freedom fighters. The independence instead of being a way to annex our economy and improve the lives of Nigerian citizens, has fueled the state of the economy from better to worst.
Albeit blessed with so much  natural resources and being the largest oil producing nation in Africa, Nigeria has continuously struggled to harness its resources/ wealth to improving the standard of living of the greater populace.  A hike in oil prices and sharp fall in oil production saw the country’s economy slide into recession in 2016.
Nigeria has reportedly overtaken India as the country with the largest number of people living in extreme poverty with an estimated No. of 87 million Nigerians and a greater percentage of its citizens living in abject poverty.
It is also a conspicuous truth universally known that Nigeria is notoriously one of the most corrupt countries in the world, thus, the majority of Nigerian politicians are known for their corrupt practices and statistics has it that 70% of the corrupt practices in the country comes from this ruling class in the society. Corruption also blossomed in the aspect of the Rule of law and the police force, to the height that the citizens no longer have confidence in the Justice system and the ruling class.
Consequently, the youths have come to accept politics as something that has been the same for many years and therefore, not possible for the system to be changed, especially by the youngsters  whose  voices are often overlooked  and not taken into consideration in policy and decision making in the county. The young people therefore see it as an effort in futility to start  a political career and expose themselves to all the dangers and threats that comes with it.
Taking cognizance of   the problems facing  Nigeria as an independent state,
Thus the pertinent questions,
– IS THE INDEPENDENCE DAY CELEBRATION WORTH IT?
– ARE  WE REALLY INDEPENDENT OR JUST ENDED UP BECOMONG THE ARCHITECT OF OUR OWN PROBLEMS?
About the author
Ugochukwu Vivian Chidiebele is a law student of chukwuemeka odumegwu ojukwu University, Anambra state.
Copyright Reserved
©2019
For knowledge and Justice